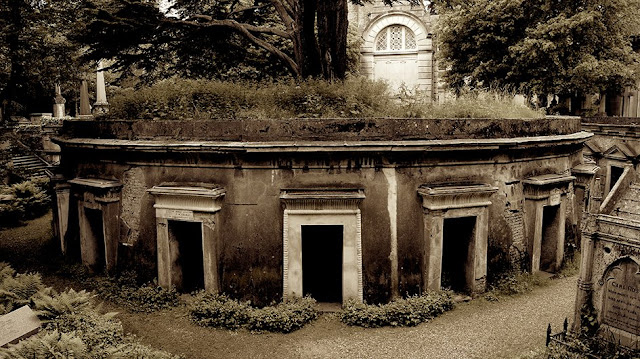 Friday 13th March 2020 marks the fiftieth anniversary of the largest vampire hunt ever to take place in the British Isles. It occurred at Highgate Cemetery on the evening of 13 March 1970, following reports in local and national newspapers, plus a television interview with various witnesses earlier on a programme called Today, Thames Television. Notwithstanding many amateur vampire hunters inflicting themselves on the cemetery with home-made stakes, crosses, garlic, holy water, but very little knowledge about how to deal with the suspected undead if they encountered it, I made an appeal on the Today programme at 6.00pm requesting the public not to get involved, nor put into jeopardy an investigation already in progress. Not everyone heeded my plea. Over the following weeks and months a wide variety of independent vampire hunters descended on the graveyard — only to be frightened off by its eerie atmosphere, and what they believed might have been the supernatural entity itself. Some were promptly arrested by police patrolling the area. None, however, caused any damage. I advised the public that a full-scale investigation was already taking place, and that individual efforts by those merely seeking thrills only served to endanger all. 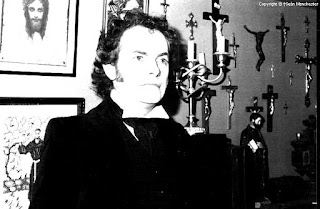 On the Today programme, 13 March 1970, I warned one self-styled vampire hunter in particular, who had appeared on the same programme as one of several witnesses, to leave things he did not understand alone. Apparently he had received “a horrible fright” a few weeks earlier when he allegedly caught sight of the vampire by the north gate of Highgate Cemetery and immediately wrote to his local newspaper about the experience, concluding with these words: “I have no knowledge in this field and I would be interested to hear if any other readers have seen anything of this nature.” (Letters to the Editor, Hampstead & Highgate Express, 6 February 1970). In the following month the same individual revealed to the media that he had seen something at the north gate that was “evil” and that it “looked like it had been dead for a long time” (as told by him to Sandra Harris on the Today programme). I warned on the same programme that this man’s declared intention of staking the vampire alone and without the proper knowledge went “against my explicit wish for his own safety.” 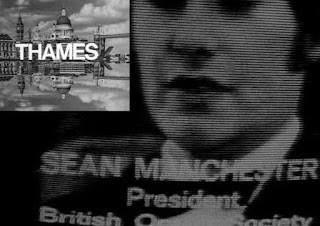 The Hampstead & Highgate Express, 13 March 1970, under the headline The Ghost Goes On TV, reported: "Cameras from Thames Television visited Highgate Cemetery this week to film a programme ... One of those who faced the cameras was Mr David Farrant, of Priestwood Mansions, Archway Road. ... 'It was tall and very dark grey. But it didn't appear to have any feet. It just glided along.' He intends to visit the cemetery again, armed with a wooden stake and a crucifix, with the aim of exorcising the spirit. He also believes that Highgate is 'rife with black magic.' ... [Seán] Manchester is opposed to [David] Farrant's plans. 'He goes against our explicit wish for his own safety,' he said. ‘We feel he does not possess sufficient knowledge to exorcise successfully something as powerful as a vampire, and may well fall victim as a result. We issue a similar warning to anyone with likewise intentions'." 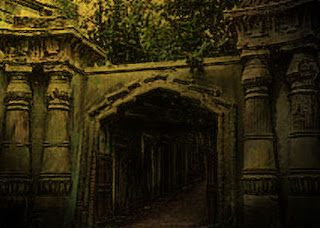 The mass vampire hunt on the night itself was not attended by David Farrant who spent his time in the Prince of Wales pub before repairing home to Archway Road and the bunker of an acquaintance.

The hunt went ahead, as chronicled in The Highgate Vampire book, and what was thought to be the vampire source and its resting place was discovered, along with empty coffins, in the catacombs. 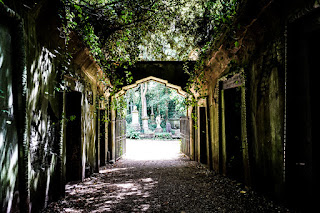 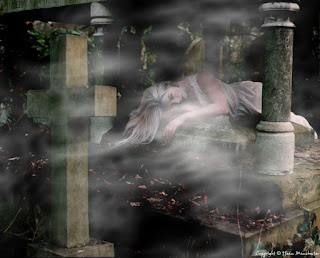 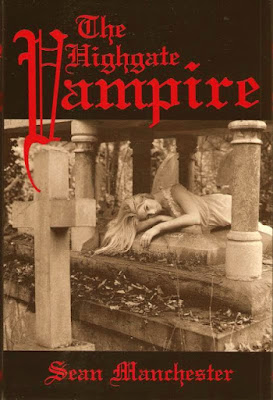 Friday 13th March 2020 marks the fiftieth anniversary of the largest vampire hunt ever to take place in the British Isles. It occur...